Can you believe that I am posting AGAIN in the same month???  Wonders never cease...

Maybe it's Carol's great theme this month for the "Challenge Your Stash" (CYS) group on Split Coast, that helped inspire me. We are to use only things that we already have in our stash, this month we were to make a Christmas card. 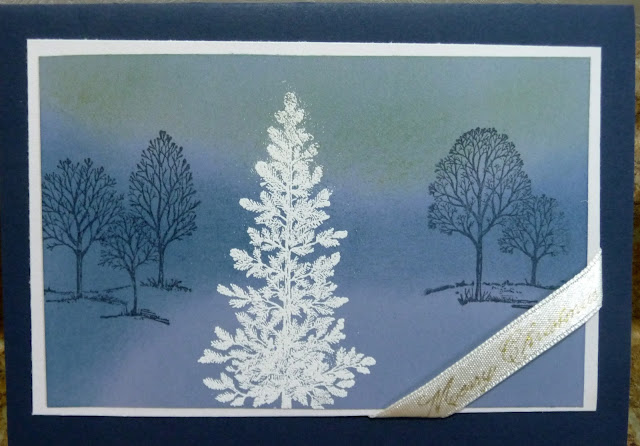 It's white card stock that has been sponged with various inks, then stamped using the longtime favorite "Lovely as a Tree" set from Stampin' Up.  The center tree is white embossed.

The Merry Christmas ribbon must be years old too...I know that it's from my early card making days.

Hopefully no one has been hurt from fainting that July has TWO posts from me.  LOL

July 15th and time for another Duel!
Paola and Heather chose Shakespeare's comic work as our theme and we are to use a fairy image and the red maple leaf in recognition of Canada's 150th anniversary.

Paola's kit had the most beautiful papers from Graphic 45's Nature's Sketchbook collection.  I wanted a style that could show off every side of the papers, so an easel card it is! 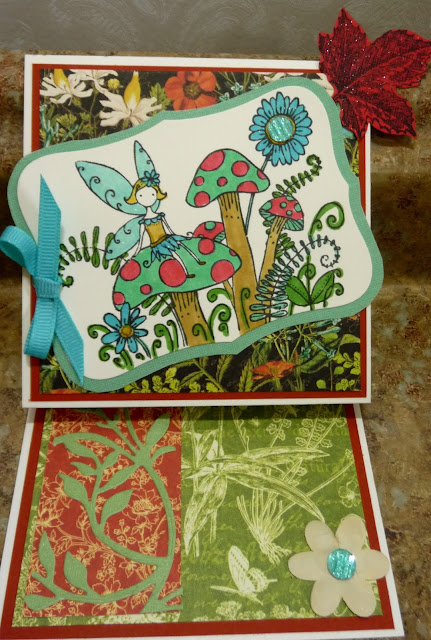 Look at those pretty papers.

Embellishments include Turquoise dots from American Crafts and gross grain ribbon by Stampin Up.

The red maple leaf is stamped with a Stampin Up stamp.  I sparkled the leaf and portions of the image with a Wink of Stella clear glitter pen.

The image is a Cam & Chloe fairy by Hampton Arts.  It's colored with Spectrum Noir markers. 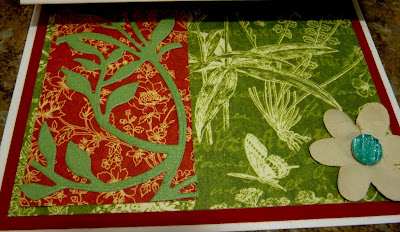 Paola included the beautiful leaf and vine die cut, which I mounted on top of one of the reverse sides of the DP.

Here's the card fully opened, where you can see the middle panel of the easel fold and yet more of the pretty paper.  I cut out one of the sentiments Paola gave us, colored it with markers and glittered the butterfly. 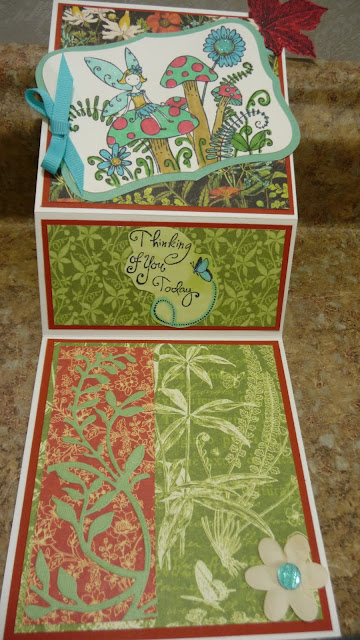 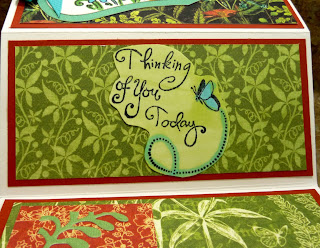 Paola: THANK YOU for such a fun theme and incredible papers and die cuts!  It was easy to get inspired by the kit and theme.

Oh, I almost forgot, we are to post which quote from Shakespeare we use the most...which is difficult because whether we know it or not we often use his words.  I guess I would choose "To thine own self be true".  Polonius' wise words from Hamlet.
Posted by Darlene LeTavec at Saturday, July 15, 2017 9 comments: